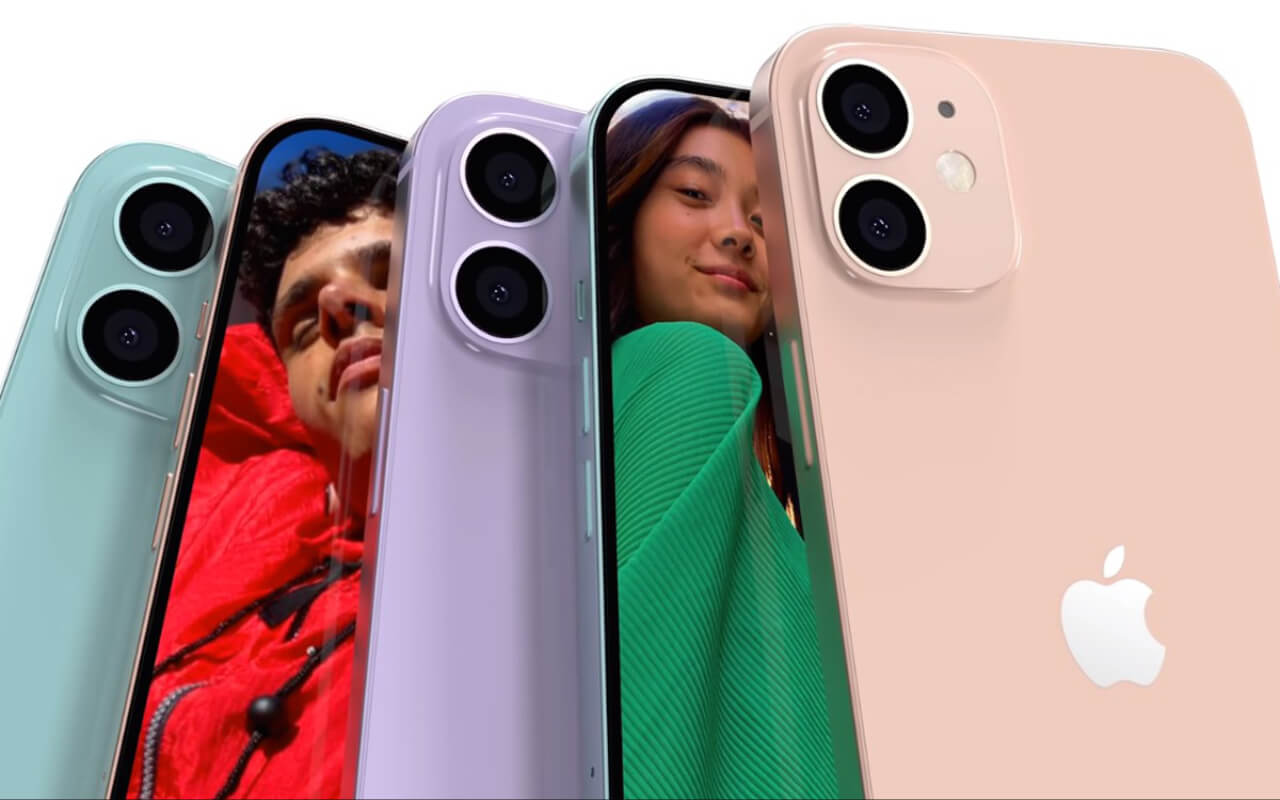 When it comes to technology and especially smartphones, rumors are never long in coming. With just 4 months to go before the launch of the iPhone 13 Pro, many things are already known or rumored. According to leaks, the brand will present this year the renewal of its four models: the mini, the standard and two Pro iPhone models, one of them being the Max.

But what will the 2021 devices bring new? Will they have the same features of the iPhone 12? We tell you everything we know so far about Apple’s devices.

Design of the iPhone 13 Pro

Most of the renders seen so far, although they have dubious origins, all coincide in some features, which increases the chances of them being true. One of those design coincidences has to do with the angled profile of the iPhone 12, which would be maintained in the iPhone 13 Pro. Also, it seems that the brand will keep the square camera module and the same lens size.

One of the strongest rumors regarding the design has to do with the possibility that this new smartphone will include a smaller notch. If so, the top speaker would move a bit towards the edge. Although most manufacturers are working to eliminate this notch, it’s apparently not something we’ll see just yet. Therefore, we will most likely still see it on the iPhone 13 Pro.

Another possible aesthetic change will be the introduction of a new color, which according to rumors will be enhanced graphite, that is, almost black. It is also believed that the company would be studying the possibility of introducing one more color, which could be bronze or orange. In any case, the new colors to be introduced are intended to be more resistant to fingerprints in order to keep its shiny appearance at all times.

The iPhone 13 Pro, with a size of 6.1 inches, and the iPhone 13 Pro Max, with 6.7 inches, could have a screen with a 120Hz refresh rate, something that was also rumored with the iPhone 12. We did not see this feature in that generation, so it is possible that it will be done this year, especially if we take into account that there are already many devices on the market, even lower-end ones, with this feature.

In addition, this new generation of iPhone could come with an LTPO screen. This type of display stands out because it would allow to reduce the refresh rate down to 1Hz, thanks to which it would be possible for the screen to be always on. If so, it is possible that a redesign of the lock screen will also be included.

Another major change to the display, and on an overall aesthetic and functional level, would be the possible inclusion of a Touch ID sensor under the panel. This is a topic that has been rumored, however, for many it is hardly credible given that Face ID is able to offer a sufficient security system for the devices. Therefore, it is believed that there is no need for such a double verification system.

Will there be improvements in cameras?

Cameras are an aspect that most users are very interested in, and Apple fans are no exception. Therefore, it is expected that Apple will introduce several improvements to the cameras of the iPhone 13 Pro and the rest of the devices in this series.

One of the most important changes could be a change in the rear camera panel. In the current design you have a glass cover on which three cameras protrude and in which there is a space for the LiDAR sensor and flash. In the new handsets, all these elements are expected to protrude less from the cell phone body, this as a consequence of the reduction in the size of the lens components. However, it is believed that the iPhone 13 Pro will have a larger camera model and that its sensor will also be larger.

On the other hand, another rumor points to an improved telephoto lens in the iPhone 13 Pro Max.

Better battery, one of the most eagerly awaited new features.

The battery is usually a feature that many users complain about. And in Apple devices it is not very different, as there are many users who complain about the speed with which the battery percentage is reduced, compared to other devices on the market.

Apple seems to have taken note of this because one of the rumors points to a noticeable improvement in battery capacity. It is believed that to achieve battery optimization, the company has made changes to the location of some elements such as the repositioning of the SIM tray, volume buttons and 5G antenna.

It is believed that the new changes could achieve a battery improvement of up to 18%. Speaking specifically of the iPhone 13 Pro, reports suggest that the Pro model will feature a 3,095 mAh capacity battery, which compared to the current model’s 2,815 mAh would be a 9.9% improvement. The Pro Max model, meanwhile, could feature a 4,352 mAh battery, which compared to the 3,687 mAh of the current model means an 18% improvement.

Processor and memory: what is known?

The iPhone 13 Pro will use the A15 processor, but there’s not much information about it yet. In fact, it is barely known that TSMC manufactures it in a 5nm+ process, a technology that offers better energy efficiency. As for memory configurations, it is believed that this device will keep the same storage capacities of the previous generation. That is, 64, 128, 256 or 512 GB options.

Considering Apple’s last years’ release date, the new iPhone 13 Pro will most likely be introduced in September. The availability of the device could vary, as it could be a week later or even in October. In any case, it won’t be long until we find out what this new Apple device will offer. Are you anxious? You will soon know all about it.