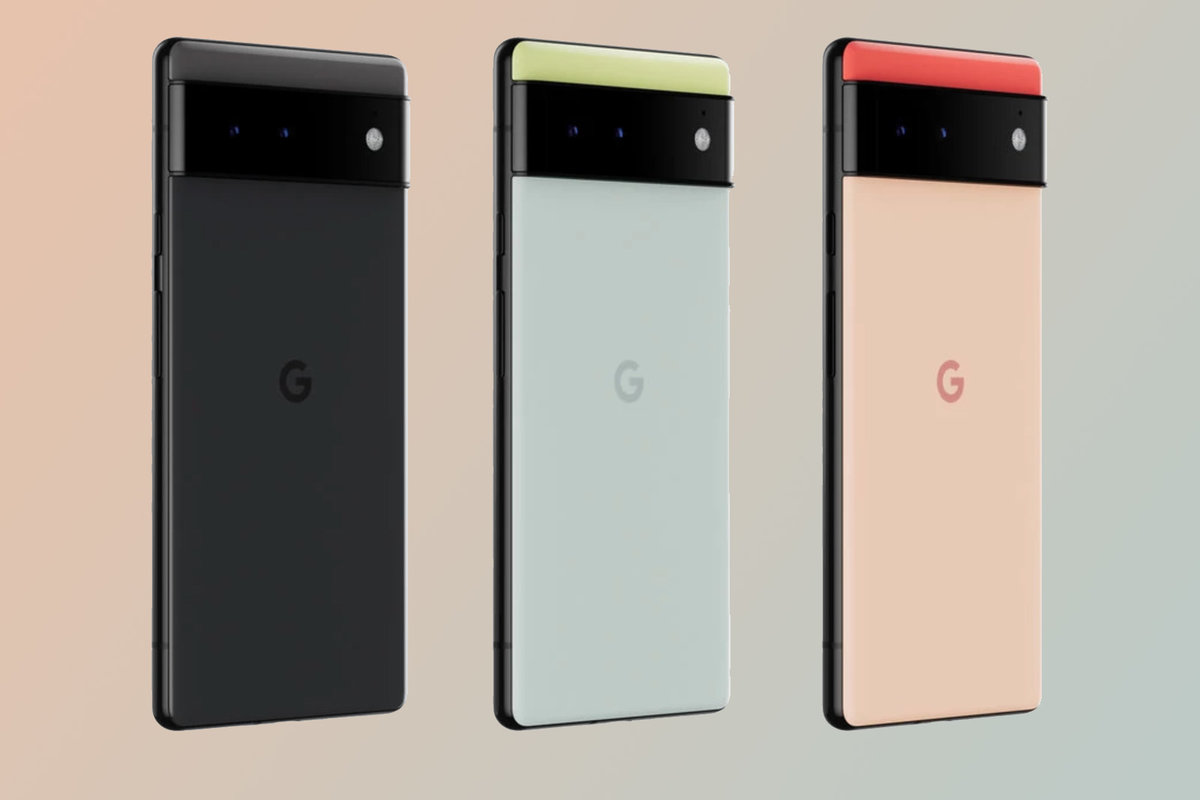 Google has been working for some time on the new generation of its smartphones: Google Pixel 6. As is often the case in the mobile sector, as the launch approaches, many details about the devices become public. And in fact, it was the company itself that revealed some information.

What will change in the new generation of the Pixel? Will it have a superior performance to its competitors? Will it be worth your purchase? We tell you some details about these devices.

There will be two models

Rumors point out that the Pixel 6 will feature an 8 GB RAM, while the Pixel 6 Pro will have a 12 GB one. As for internal storage, both devices will feature 128 GB and 256 GB versions, although the Pro model will also have a 512 GB version.

Radical change in the design of the Google Pixel 6

One of the most striking aspects of the Google Pixel 6 will be its design, as the company made a radical change from its predecessors. Google has confirmed that the new model will have a finish made of glass and aluminum, and that it will have a horizontal camera module that extends across the width of the back of the device and that other protrudes.

On the front, the screen is perforated to incorporate the camera; despite the frames the screen is quite useful and comfortable. This is more noticeable in the Pixel 6 Pro, as the device has a curvature in its screen.

At the heart of the Google Pixel 6 will be a custom chip that promises excellent performance. The company calls them Tensor SoC, a name that comes from the Tensor Processing Units (TPU) that Google uses in its data centers.

The processor has been designed by Google, although it is not yet clear exactly which components have been manufactured by the company and which are licensed from other companies.

According to what the tech giant has suggested, the Tensor chip, which could have a 5 nm construction process, will improve several key aspects of smartphones: from cameras and voice recognition, to voice commands, translation, captioning and dictation.

YouTuber Marques Brownlee claims that the Tensor chipset also allows the Google Pixel 6 to decode voice and process it on the device, rather than on the company’s servers. This allows for faster responses from the Google Assistant and other voice interface.

So far it is unknown how much power this chipset could have, beyond the aforementioned functionalities. Some sources claim that, in terms of power, it could be placed between the high-end Snapdragon 888 and the older Snapdragon 865. Other sources indicate that Google’s new processor could compete with the Snapdragon 870.

One of the interesting new features of the new Google Pixel 6 is the incorporation of ultra wideband or ‘ultra wideband’, also known as UWB for short. This is a forgotten wireless connectivity standard that is making a comeback thanks to its potential to effectively replace Bluetooth and offer various benefits related to the Internet of Things.

Ultra Wideband or UWB is a set of frequencies that use a bandwidth greater than 500 MHz. To give you an idea of its potential for communications, while with Bluetooth 5.0 you can transmit data at about 2Mbps, with UWB connectivity you can reach speeds of up to 110Mbps at 10 meters distance and up to 1.6 Gbps at very close range.

Therefore, under minimum connectivity conditions, UWB can transmit at up to 27Mbps, which is about 14 times faster than Bluetooth.

UWB connectivity has many applications, with car unlocking being one of the most interesting. Thanks to its security features, this technology is well suited for this function. Google could give it this utility in its devices, as in mid-2021 it became known that Android 12 would allow the smartphone to be used as a car key.

Cameras are always an important topic in smartphones and the ones in the new Google Pixel 6 could give a lot to talk about. Rumors suggest that these devices will feature the Sony IMX 766, a large 50-megapixel sensor used in other leading devices on the market such as the OPPO Find X3 Pro.

In addition to this sensor, the new Google smartphones will have a telescopic sensor, an ultra wide-angle and a color correction lens. Regarding the periscopic zoom, the tech giant confirmed that the Pixel 6 Pro will have 5x zoom.

As for the front cameras, some sources claim that the Google Pixel 6 will have an 8 MP and the Pixel 6 Pro a 12 MP one. It is believed that these cameras could support 4K video recording.

Google has not confirmed any release date for its new devices. However, many rumors point to the unveiling of the Google Pixel 6 in October, specifically on the 19th. As for the date of sale, many believe that they will be available to the public on October 26.