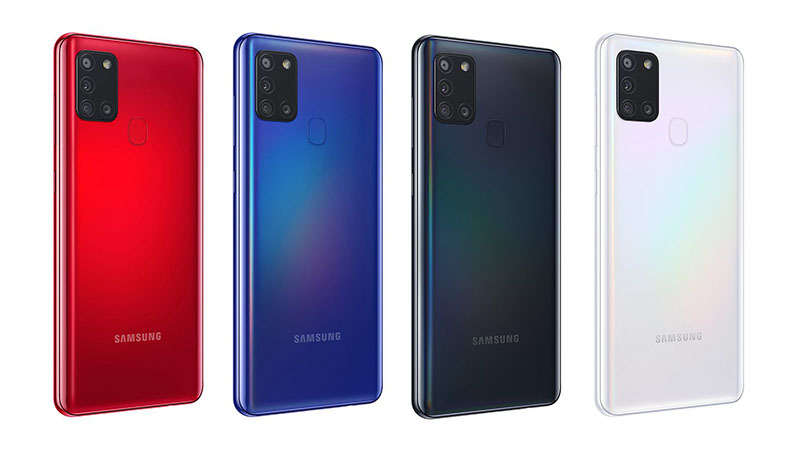 As far as technology is concerned, the smartphone market is one of the most crowded. You just have to take a look at any online or physical stores, to realize that there are mobiles everywhere. With high-resolution screens, metal or plastic finishes, quad, triple or double cameras, with or without fingerprint reader, etc. The options and brands of cell phones are very wide; there are always alternatives for all tastes and all budgets.

However, it is undeniable that there are some brands that stand out above others. Some of them even have a 50% market share in some continents. And although global smartphone sales fell by almost 10% in 2020 as a result of the pandemic, the mobile business continues to be very profitable, especially for some manufacturers.

Apple dominates North America and Samsung does the same in Europe . Over the past few years we have seen how a few mobile brands share control in the smartphone market. If we had to name a few, the first ones that come to mind are Apple, Samsung, Huawei, Xiaomi, among others. But which ones have really been the best sellers in the last year?

A new report from Counterpoint Research called CY 2020 has revealed which mobile brands sold the most on each continent last year. However, before talking about each region of the world, let’s take a look at the overall percentage of sales.

Having analyzed the global context, it is time to review sales volume by region. The United States continues to be a territory dominated by Apple. The Cupertino-based company accounts for no less than 50% of sales. Its closest competitor is Samsung, which in this case barely manages 25%. It is followed by three other brands: LG with 10% of the market, Motorola with 5% and Alcatel with 4%.

In Europe, things change a little. On this continent, the South Korean firm Samsung leads the market with 32% of sales. It is closely followed by Apple with 22% and Xiaomi with 14%. In 2020, the new popular Chinese manufacturer won the position from Huawei, which has taken 13% of the market. The fifth position of popular mobile brands on the European continent goes to OPPO with 3% of sales.

Samsung leads the market in Latin America, Africa and the Middle East.

Leaving aside the fight between Samsung and Apple in the United States and Europe, lets see which mobile brands are the best-selling in the rest of the world. In Latin America, Samsung is the real leader, with 41% of total sales. It is distantly followed by brands such as Motorola, which has 18% of the market, Huawei with 8% and Xiaomi with 6%.

On the other side of the world, in Africa and the Middle East, the picture changes slightly, although the South Korean firm continues to lead the market. Samsung holds 21% of sales, but in this case the second place is won by Huawei with 12% of sales. It is followed by two brands that are little known worldwide, TECNO (9%) and Itel (6%). The Chinese brand Xiaomi has also taken 6% of the market.

Which mobile brands sold the most in 2021?

Although we are not yet halfway through 2021, some important figures are already known about the best-selling mobile brands this year. An important fact to highlight is the increase in sales, as the smartphone market has been increasing by almost 25% compared to the same period in 2020.

According to the specialized firm Strategy Analytics, during the first quarter of 2021 mobile manufacturers shipped some 340 million units. It is believed the gains obtained in the first three months of the year were the result of the 5G technology push by Chinese suppliers.

In terms of the best-selling mobile brands so far this year, Samsung once again leads the market. The South Korean manufacturer accounted for 23% of devices sold with some 76.5 million shipments. Second place went to Apple with 52.4 million shipments, representing 17% of the devices sold.

Samsung and Apple were followed by the three most prominent Chinese manufacturers of the moment: Xiaomi with 49 million devices sold, and Oppo and Vivo with 37.6 million units and 36 million, respectively. The other mobile brands share the remaining 28% of the global market share.

For the time being, it seems that just as in 2020, Samsung will take the top spot in the list of the best-selling smartphone brands. However, anything can happen, as we do not know what surprises each manufacturer has prepared to increase their sales this year.