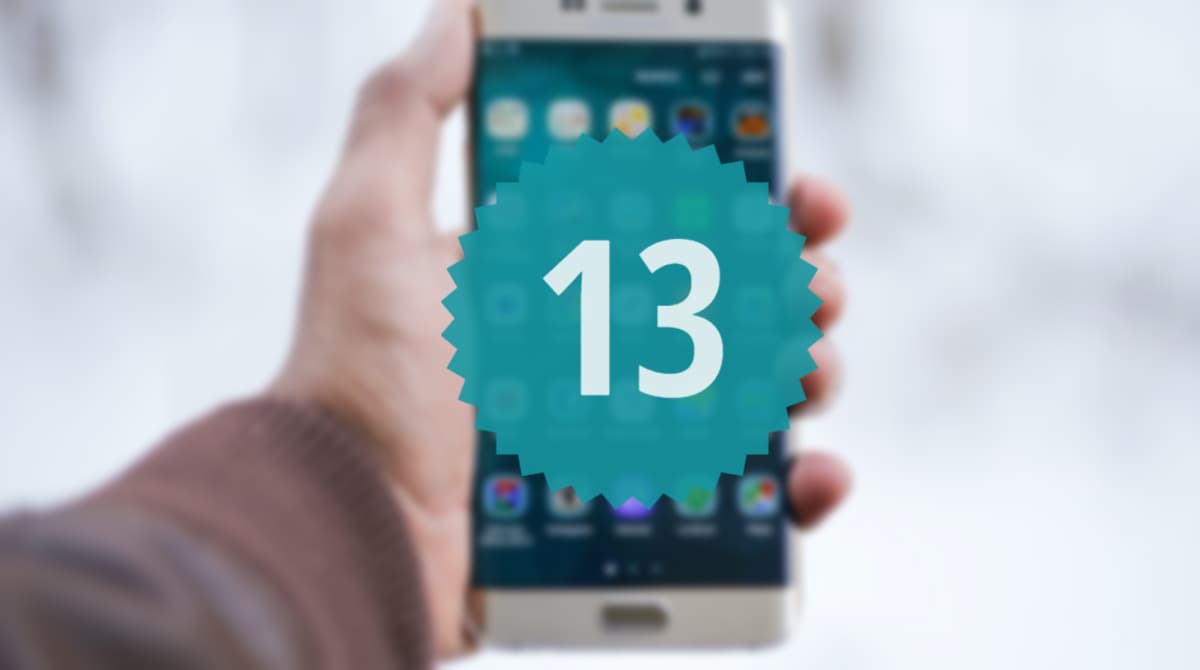 The Android world is quite busy. While most manufacturers are just starting to roll out Android 12 updates, Google is beta testing the tablet-focused version 12L. And not only that: it is also simultaneously working on Android 13 and they already launched the first version of the new operating system (OS).

The features of the new operating system (OS) are being tested among developers, and there is a good chance that they will make it to the stable version when it is officially released to the market.

Google used to name versions of its OS with candy. Some of the most remembered ones are KitKat, Lollipop, Marshmallow and Nougat. With Android 10 also came the end of a decade full of desserts, as the names of sweets became internal, little known to the public.

With the new version 13 of Google’s operating system, its intentions seem to have changed again. The internal name of the next OS could cease to be just a code. Instead of calling it as usual, using a single letter (in this case it would correspond to “T”), the company itself mentioned the term “Tiramisu” on the “About Phone” page.

With the first developer version released on February 13, the Internet giant has shared the update timeline for the new operating system. While the exact release date is still unknown, the information posted gives us a rough idea. The company will reportedly release two developer previews and four beta versions before releasing the stable one.

The first beta version is expected to arrive in April, a month before the usual May release that coincides with the Google I/O event. The company aims to reach the platform stability milestone with the third beta, which will be released in June. According to the release schedule, and assuming there are no major hurdles in the upgrade schedule, the arrival of the stable version could occur in August or September this year.

Now, what new features does this version incorporate? Here’s what is known so far.

Support for custom icons is not new, as Google introduced it in version 12. However, this was limited to the company’s own applications. This changes with Android 13, as the system will now allow customization in third-party apps.

To do so, developers will have to use a monochrome app icon. They will also have to update the customizable icon XML to incorporate this feature. Google revealed that third-party custom icons will come to Pixel phones first and that it is working with device manufacturers to bring this feature to their customization layers.

Separate languages for each app

When the official version of Android 13 arrives, users will also be able to have the option of language control for each app. In other words, in addition to the language of the system, you will be able to configure separately the language of the apps installed on your phone. It is a feature designed for those who speak several languages or are interested in practicing a specific one.

Since this issue is increasingly relevant for users, Google is introducing improvements in the new operating system, such as a renewed image selector. This will integrate local and cloud-stored photos without apps needing additional permissions to access the media on your device.

Gradually, QR codes have been widely adopted. They are almost everywhere, from payment terminals to restaurant menus. Considering this renewed interest in this technology, Android 13 will allow access to QR code scanning directly from the smartphone’s lock screen.

What devices will be eligible for Android 13?

You may be wondering if your phone will receive the Tiramisu update. This is actually something that will depend on how current your device is by the time of launch. What we know in advance is that Pixel devices, as always, will get priority treatment when it comes to software updates.

As the official date approaches, a full list of compatible phones will likely be made public.

If you buy a new device this year, it could be eligible to have version 13. Remember that if it is tied to a carrier, Movical can help you unlock it. So you can use it with the company you want and anywhere in the world, contact us!